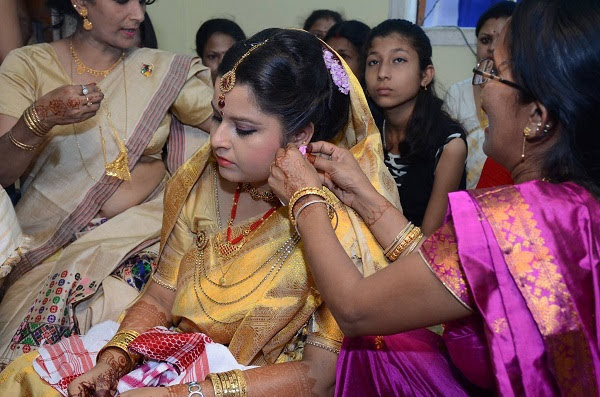 Jurun is the first-day ceremony of Assamese wedding (Biya) that is normally celebrated one or two days before the wedding. Women basically take part of the Jurun ritual where the groom’s mother along with relatives visits the bride’s house. Although it is a women’s function, some male elders from groom’s side come along with them. There is a plenty of customs in this function that take almost the entire day to complete the Jurun. For this reason, Jurun is normally celebrated one or two days before of wedding.  In some cases, people observe it on the same day of the wedding. 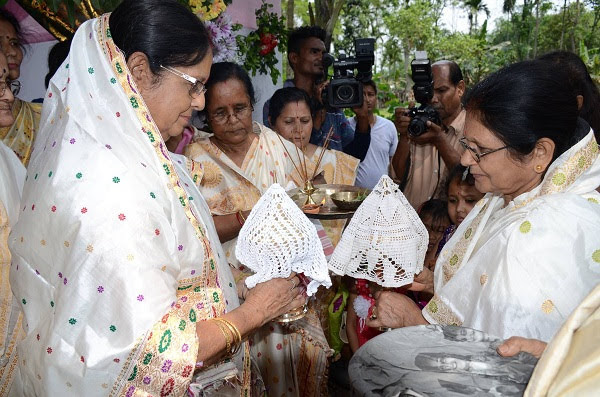 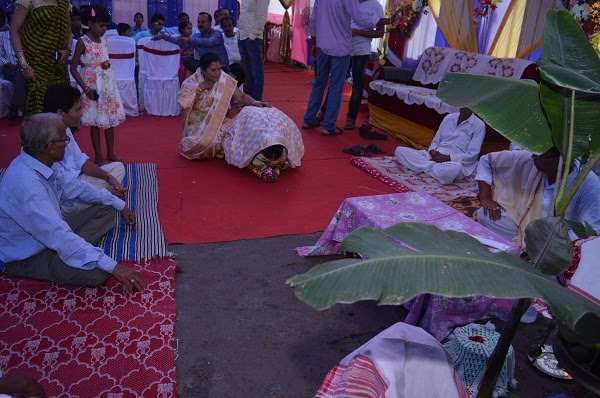 Above all else, the groom family brings coconut,doi(yogurt), rice filled two pots, sweets, the Tamul-Paan bunch(betel leaves and nuts), Haldi and urad daal for another ritual ‘Nuoni’. They divide equally Haldi, urad daal, yogurt and rice into two parts. One part is kept for the bride and another part is carried back to the groom. The bride touches all these things respectively and sends to the groom.