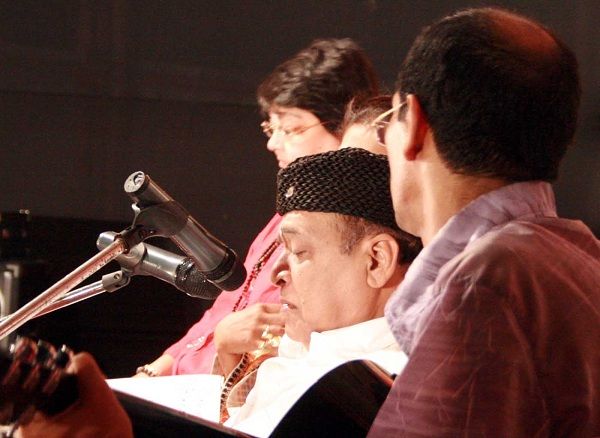 Undoubtedly, there are countless talented Assamese singers out there in Assam. And each of them has an amazing voice along with unique tonality and genre. When you are going to make a list of Assamese singers all together, it will be an endless process. Everyday new talent comes out from every corner of the state and able to shine themselves. So I am going to write about those Assamese singers who have charmed themselves in Bollywood from Dr. Bhupen Hazarika to the youngest one Nahid Afrin. Needless to say, there are so many youth sensations in Assam like Dikshu, Simanta Sekhar, Neel Akash, Zublee, Priyanka Bharali, Babu and more who able to steal all love and affection from Assamese people with their music. I have listed here some of the Assamese singers who have charmed in Bollywood.

Munmi Bora: Though Munmi stopped singing nowadays, she stepped into Bollywood in 1987 with her melodious voice. Even though Munmi sang a few songs such as Gudiya Rani Hain Tu, Jo Muskurahat Mujhe, Kangna Khanke Khanke etc. in Bollywood,  this Assamese singer was able to steal many hearts with these songs.

Zubeen Garg: Who does not know heartthrob of Assam Zubeen Garg? Not only in Assam, he has also made his career with the song ‘Mere Watan’ from ‘Fiza’ in Bollywood in 2000. This Assamese singer had become an overnight sensation for the song ‘Ya Ali’ from the movie Gangster for which he was awarded Global Indian Film Awards (GIFA, 2006) and Max Stardust Awards (2007). Zubeen Garg’s immensely popular Hindi songs are ‘Rama Re’ ‘Jag Lal Lal Lal’ ‘Dil Tu Hi Bata’, ‘Jane Kya’, and more.

Angarag Papon Mahanta: He is more popular with Papon rather than Angarag Mahanta who has an immense contribution to Bollywood movie. He is a multi-instrumentalist, composer, producer, and singer from Assam who started his Bollywood career with e Har Ek Baat and Naina Laagey in 2011. Papon was able to gain nationwide popularity after his appearances on all three seasons of Coke Studio. To know more about Papon click here.

Kalpana Patowary: How can people forget that name Kalpana Patowary who represents Assam in the global platform with her unique tonality. Kalpana sang many songs Assamese folk songs to Bhojpuri, Tamil to Marathi and also Bollywood. A wonderful version of Baisara Beera of Coke studio, Gandi Baat from R…Rajkumar, Aila Re Aila from the Akshay Kumar’s Khatta Meetha had become immensely popular.

Saswati Phukan: ‘Kata Laga’ this song is pretty enough to remind this singer. Saswati Phukan from Assam who had become overnight popular by singing ‘Kata Laga’. Even more, she had sung many songs like Sajna Hai Mujhe, Koi Sehri Babu, Kaliyon Ka Chaman etc. which were chartbusters of the era.

Joi Barua: Joi Barua is an Indian singer and music composer from Assam who started his career by singing advertising jingles. This Assamese singer has mixed musical style incorporating elements of rock, soul, jazz, and folk. Joi Barua is a lead musician in Assamese, Telegu, and Bollywood as well. He has sung several songs in Bollywood movies like  Dev.D, Udaan, Luv Ka The End, Mujhse Fraaandship Karoge, Zindagi Na Milegi Dobara and more.

Nahid Afrin: This little Assamese singer was offered by Sonakshi Sinha to make her debut Bollywood song in ‘Akira’ movie in 2016. She was able to gain first attention nationwide as a singer from the 2015 edition of Indian Idol Junior.

Above all else, there somebody might be left from the list of Assamese singers in Bollywood due to lack of research. If you notice anyone, you can comment in the comment box along with Assamese singer’s name.